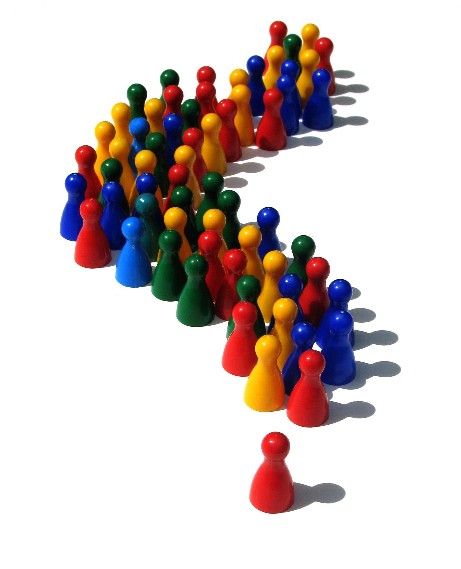 I don’t know about you, but I was pretty surprised to hear at the end of last week that Morris Iemma had stepped down as NSW Premier to be replaced by Nathan Rees. I guess I shouldn’t have been too surprised. Leadership in Australia and around the world can fluctuate pretty frequently, and that can be seen not only here but in recent times in places like Pakistan and the USA. And because these leaders are influential in shaping current events, people follow the developments pretty closely.

And yet the constant overturning of one leader for another… it really shows haw unstable leadership in this world is. Many of us Aussies by now are pretty cynical and jaded towards our leaders because we really don’t believe it’ll make much difference anyway. We’ve largely given up following our leaders and depending on them. Rightly or wrongly, Mr Iemma was pushed out of power because those who followed weren’t totally behind him.

But although in reality the latest leadership change in the NSW government won’t really impact your life in any real major way, there’s one leadership change that’s happened in history that does have a massive impact, an eternal impact.  Once we were all followers of that guy named Adam. He may have rebelled against God right back at the beginning, but we have all followed him. The whole world has been under his leadership of rebellion since the beginning. Adam may have led the charge in rebelling against God, but we’ve all been behind him one hundred percent.

That is, until Jesus. Jesus has effected the greatest leadership change in history. By his death on the cross and his resurrection from the grave, Jesus turfed out the old leader and has become the new, leading us who follow him into a right relationship with God. But I think that although we Christians call ourselves ‘followers of Jesus’, we often fail to grasp how much Jesus is our leader. And we fail to get behind him 100%. We can live out our days with the decisions and actions of our lives shaped more by our world than by his Word. But here’s a leader we can have confidence in. Here’s a leader who’ll never be ousted by power, whose rivals of sin and death have been overthrown forever. A leader who truly is a firm foundaton, a solid rock to stand on. As Christians we need to trust fully in Jesus as the leader of our lives, and that’ll mean daily listening to him in his Word and following him – having our lives and values daily shaped by his Word and not our culture. Do we truly trust our leader Jesus Christ, or do we believe we need to find something else as the solid rock we stand on? What a comfort, what an encouragement that we follow no one less than the Lord Jesus himself, victor over sin and death! Let’s ensure our lives are daily shaped by trusting in and following his Word.