A Weekend in Sydney with Sam Herd 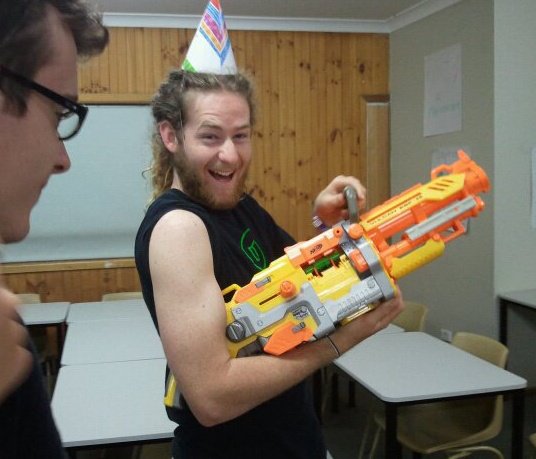 Late last month Sam Herd and I went to Sydney for the weekend to check out Twist Music Conference and Kirkplace Presbyterian Church – as well as one other special pit-stop. Sam’s still in Sydney for his final Year 13 intensive but he stepped outside the party to answer some questions for us…

PY: first things first – would you describe Sydney as more like  ‘The Glory of Australia’, or more like spending a day in the carpark under Woolworths at Lismore Central?

SH: It looks great from on top of the AMP building but sadly its more like a woolies carpark in the thick of it.

PY: what’s the go with Twist Conference – what is it and who is it for?

SH: TWIST stands for The Word In Song Together.  So its a conference focussed on equipping people to serve their church effectively in Music Ministry.

PY: talk us through your day at Twist

SH: After running around the city breathing in an ungodly amount of thick petrol fumes we were warmly welcomed by polite year13 students at the door.  We started the day by singing a number of popular evangelical church songs together and then learned a number of new ones.  Scattered through out the time we spent together were liturgical readings from the psalms (where we would all read a psalm together at the same time, as a congregation) which was different and enjoyable.  After morning tea the TWIST band ran a ‘band master class’  which involved being talked through what all the different instruments were doing at the same time and before we broke up to go to different seminars Ray Galea gave us a talk based on the psalms.  Seminars were run on subjects like song leading, radical worship, guitar, bass and drum wrkshops, sound, song writing and a number of others.  Then we gathered together one last time to sing.

PY: was the singing good?

SH: The singing was fantastic.  The venue was particularly designed to get a ‘great sound’ which I thought was really helpful and everyone seemed to be sing really loudly.

PY: what were some things you found helpful?

SH: I went to a seminar lead by Jodie McNeil that was focussed on ‘radical worship’.  For a GREAT hour and a half Jodie guided us through a Biblical theology of ‘worship’; worship being the giving of our WHOLE LIVES rather than a few songs on a Sunday.  It was good to be reminded of many of the things he spoke about as well as to learn a number of new things.

PY: was there anything you didn’t find helpful?

SH: I thought the stained glass windows looked great in the building but the fact that I made note of how they were nice to look at means they were distracting from the words of the songs I was singing.  I think it’s really important to have no distractions from God’s word as we hear it, sing and live it.

PY: can you summarise in one word what it was like visiting Ryan Dehnert in Chappo House?

PY: what was it like visiting Kirkplace Presbyterian the next day?

SH: I thought Kirkplace was a great church to visit to see some new inovative ideas put into practice.  I thought their service was great and it was a pretty ‘trendy’ place to meet together.  It was good to see how Trev Hodge leads music at his church.

PY: was there anything about the way they do church that you reckon we can learn from at SCPC?

SH: I’ve been to four different churches including kirk place, colin buchanan’s church at engadine, Hillsongand Menai Anglican while I’ve been down here and I really think that the way we do church at SCPC is just as well done or better than the way church is done in these churches.  That said, each church here seems to have its own unique goodness that would’t be the same anywhere else.  I liked how they could control the sound from the drum kit at kirkplace by having an enclosed clear room for it.  They also had a number of LCD TV screens connected together to display the words of the songs and the bible readings which was helpful.

PY:  how can we pray for you while you finish your final block at Year 13?

SH: Well I’ve just finished my exams and assessments so all I have left is a camp with some rowdy year 10 kids and then my graduation.  Could you pray that I’ll be a good model and witness of Christ at the camp, that I’d be able to give a reason for the hope I have in Christ with my words and deeds and that I’d make the most of my last week at college?

PY: and finally, can you confirm whether or not Tim McDonald is behaving himself down there?

SH: It really depends on what you call ‘behaving’.  If behaving is doing his assignments at the healthy time of 1am in the morning, doing one load of washing the whole time we’re here, looking for a wife, making intersting comments on facebook etc then he’s behaving himself really well. 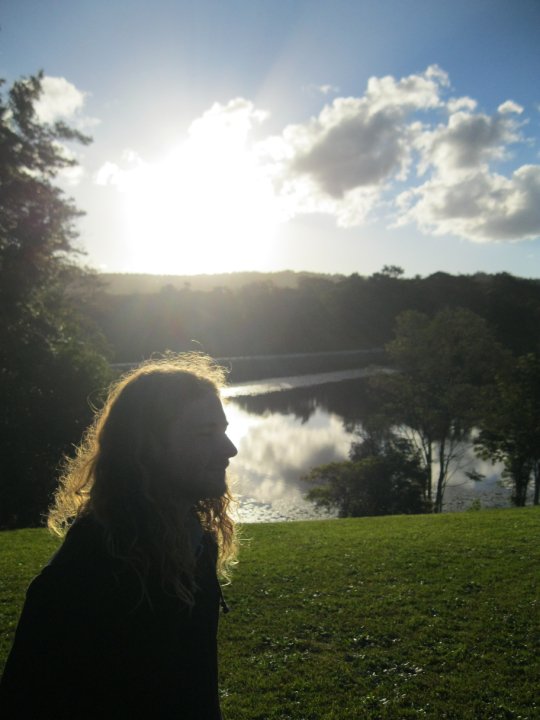 3 comments on “A Weekend in Sydney with Sam Herd”