Its been great to read 1 kings alongside 2 Chronicles!

One thing I really loved and was challenged about was in chapter 17… Jehoshaphat wasn’t just another weak king who failed to lead his people well. He was a king who “…walked in the ways his father David had followed…” He was a king whose “…heart was devoted to the ways of the Lord.” 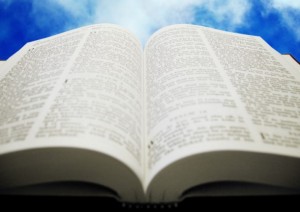 What was his response to God? To send out his officials throughout Judah, taking with them the Book of the Law of the Lord. God’s Word spreading out among his people and the surrounding nations see a king who fears God. What were the nations thoughts about this? “The fear of the Lord fell on all the kingdoms of the lands surrounding Judah, so that they did not make war with Jehoshaphat.”

Do you think that the fear of the Lord came upon the nations because of the people’s lives in response to God’s word being taught?

Do you think that the fear of Lord came upon them because the nations saw Jehoshaphat was gaining power because of God?

What does this mean for our lives as Christians living in response to the Word being embodied, dying on the cross for us?