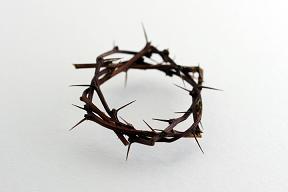 WOW! Y’know I read chapters like these and I think how can anyone who reads this and knows that it was written hundreds of years before Jesus walked the earth NOT see that he is the one being described in such staggering and awesome detail?! How is it that when Jesus came and proclaimed that the kingdom of God had arrived in him and then died the death that he died just as he said he would, that every Israelite who had ever read these chapters didn’t immediately identify him as the ONE?! How could they be so blind!

But then I quickly see that “there but for the grace of God go I”. It’s God who opens eyes to see his glory in the face of the one who was “disfigured beyond that of any man and his form marred beyond human likeness” (Isaiah 52:14). So I pray that those who do not yet see will receive the mercy and grace of God and come to know the joy of forgiveness at the hands of the crucified one.