Esther is often thought of as a book without God – there is no explicit mention of him and yet (if you remember back to David Cook’s talks at NCCC) there is something implicit throughout the whole book. Unseen but supreme… unseen but sovereign over all the events throughout the book of Esther. This book isn’t full of coincidences. It is full of God’s purpose unfolding perfectly.

– Esther didn’t just randomly get chosen as queen; God had a purpose 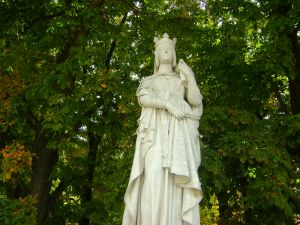 – It wasn’t random chance that Mordecai overheard the assassination plan; God had a plan

– It wasn’t pure good luck that when Esther approached the king without invitation (which is against the law), he was pleased with her and listened to her; God had opened this for His purpose and plan.

So what is this story about that lacks explicit mention of God?

“When Esther’s words were reported to Mordecai, he sent back this answer: ‘Do not think that because you are in the king’s house you alone of all the Jews will escape. For if you remain silent at this time, relief and deliverance for the Jews will arise from another place, but you and your father’s family will perish. And who knows but that you have come to royal position for such a time as this?’ “

This story is a continuation of the rest of the bible… it points to the promises that God made to Abraham and God’s continued faithfulness to answering those promises. God would faithfully deliver his people from annihilation because they were his people, set apart to be in relationship with him. God was faithful even to his people who were in exile because of their unfaithfulness to Him. That’s grace for you… Its pretty amazing that we get to look back throughout all the salvation history and see God bringing his salvation and deliverance to a climax in Jesus – this truly is amazing grace that needs to be transforming us every day.