Interview: The Baptism of Peter and Mark 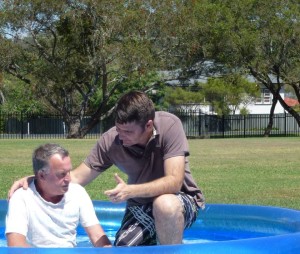 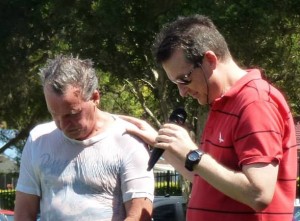 Peter and Mark were both baptised during Celebration Sunday 2013AD. I, Mark Tirris (MT) had the pleasure of  interviewing them both about the experience…

MT : When did you think about being baptised?

Peter: “When I got the letter to join the Church through the cross roads course, I thought, Yes I would like to join the Church, and as soon as I thought that it just came to me, I should be baptised too! So I can only say there was one person that could’ve told me…”

Mark: “When it was talked about at Youth and they told me that youth members could do it.”

Peter: “It was fantastic! After going under the water and coming back up it was an unreal feeling. It felt terrific.”

Mark: “One of the most joyful times of my life.”

MT : What was it like being baptised with your son/father?

Peter: “It was great. I didn’t do it because Mark was doing it, I wanted to do it anyway, but it was great that the two of us from the same house could do it at the same time.”

Mark: “At first I didn’t know he was gonna be baptised and I would’ve been lonely up there, but when he told me that he was gonna do it with me I felt more confident having my dad there too.”

MT : Has anything changed since then? What’s it like now? 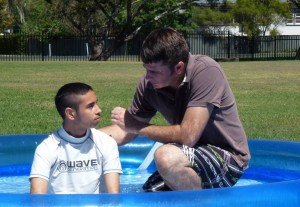 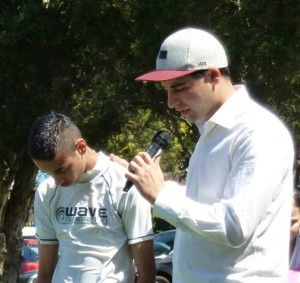 Mark: “I am still a strong Christian and I’ve become more humble and accepting of others and loving.”

MT : Anything else you wanna say about it?

Peter: ” I was just supprised with how many people were encouraged by my Baptism. For example one man come up to me after it and said “seeing you be baptised brought a tear to my eye. I didn’t see that one coming!” I just thank God for it all.”

Mark: “I would just tell anyone who’s thinking of getting baptised to take the opportunity, it’s fun and a really good feeling being baptised.”