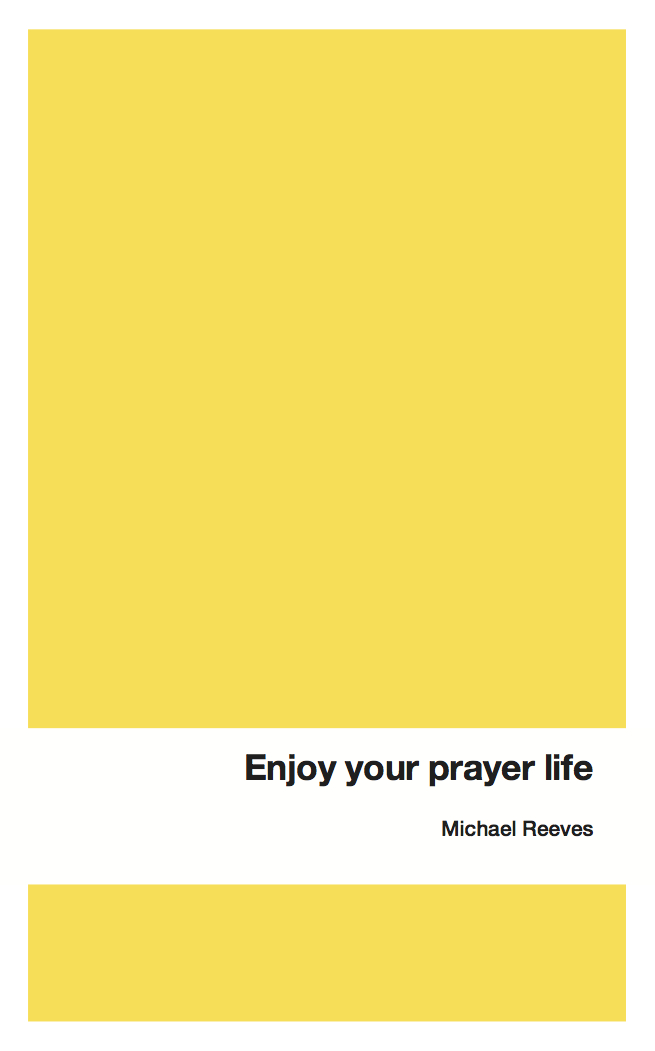 Another delightful book from Michael Reeves. Super short, only 46 pages! Simple enough to gobble up in just one sitting, but rich enough to chew on for many many sittings.

Reeves starts by defining prayer. For him, following Calvin, prayer is the chief exercise of faith, so we express our belief in God, in his power and love towards us, primarily through the act of praying. Then naturally he goes on to remind the reader of how good and generous and gracious our God is, so that our faith in him grows and with it our prayer. This is the most delicious and tasty section of the book as Reeves explains the intimate relationship we have been brought into through the cross.

He says, ‘Prayer is enjoying that the Father really is our Father. But what exactly does it mean that God is a Father? First it means that he is eternally begetting his Son. Always he is giving life to and lavishing his love on his Son. So, as Father, he is the source of all life, love and blessing. and what does it mean to be the Son? Eternally the Son is characterised by receiving from the Father. Now if that’s the relationship we’ve been brought into: praising the Father as Jesus did, asking the Father for things as Jesus did and depending on the Father as Jesus did are going to be staple parts of our communion with him..’

It’s great stuff, expounding on great truths. The best thing is that since finishing I’ve been praying heaps more, not because Reeves gives some handy tips or strategies, but because my faith in God’s goodness has grown, so I’ve been exercising that faith – and praying!