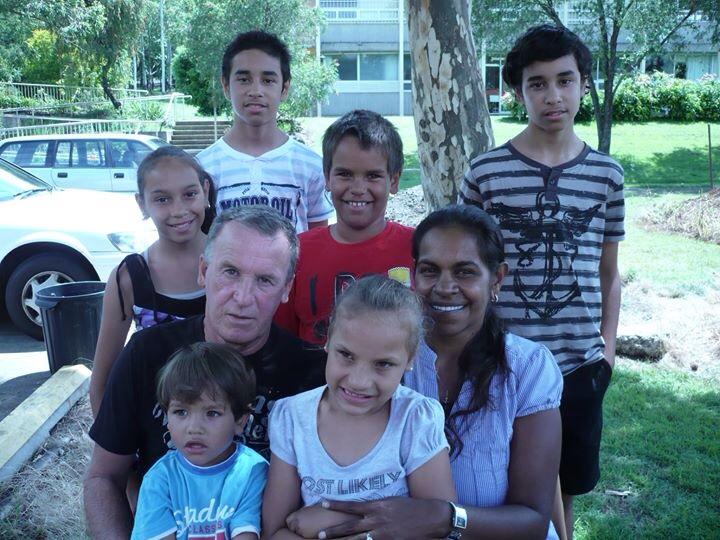 But it can be hard to engage people who are different to us.
So to help in some small way we interviewed Sharon McKay (nee King) who has Bundjalung heritage and offers some insights. This interview can hopefully help grow our knowledge and understanding of Bundjalung people and inspire us to engage together to a deeper level.

Note: Sharon answered the interview from her perspective and acknowledges that there is diversity in thought and opinion within people of the Bundjalung Nation. She doesn’t claim to be an expert and it’s only her personal opinion from her experience.

Q: There are many ways to refer to Lismore’s Indigenous people like Aboriginal, Korri, Goori, or First Australians. Do you have a preference, which do you like people to use?

A: I don’t like being referred to as Black, that’s offensive to me. If it’s coming from another Aboriginal person I don’t mind being called a Blackfella, but for some reason I don’t like it when whitefellas or other nationalities refer to me like that. I would rather everyone including Christians refer to me as Aboriginal, that’s the best.

Q: What makes someone Aboriginal?

A: I think it goes much deeper than our skin. I think it’s about where you grow up and what you learn. How do I say this? I think it’s when you accept that you’re Aboriginal and be proud of that. It’s about accepting your skin and not wanting to change it even if others don’t like it, because some people don’t, sometimes I walk down the street and people just look at me funny, but I just smile and keep walking. Or sometimes when I go to the shops and the security watches me and my kids. But I warn my kids about it. I tell them that they are Aboriginal and they should be proud of that, but I also tell them that they will most probably face racism. I warn them about it so that they are prepared and not to shocked by it. But I hope it’s not as bad for them as it was for me because they’re skin isn’t as dark as mine.

Q: What are the biggest issues facing Aboriginal people in the Lismore area?

A: I think it’s being judged. People can say reconciliation is in and there’s no more racism, but racism is still there. And I think the biggest issue for kids and youth is being in a cycle of alcohol and drugs that they learn off their family. They feel like there is nothing for them in their future. They want do something with their lives but deep down they feel unable to or they just wanna drink with their mates.

Q: If a Gospel Community wanted to outreach to an Aboriginal person what would you suggest for them to do and not do in that process?

A: Things not to do is, once after Church my nephew who was new commented to me and said that he got ‘swarmed’ by all the people that wanted to talk to him. It could’ve been because people might have thought he was Joel, (my son). Maybe just one or two people should just talk to people when they come along. And if they come back then more can have a yarn to them.

It’s really hard because Aboriginal people can feel shame. It’s good to just try and have little chats here and there and show them that you’re not perfect. Because sometimes they can think Christians are supposed to be perfect people and because they think this it makes them feel like they could never be a Christian because they’re not perfect. So if you can just try and show them that you’re not perfect and you’re just a normal person it will help them maybe ask some questions of you.

Even when you’re talking to them you should try and tell them times you have done wrong. For example when I am with my family or others (who are not Christians) I sometimes tell them, well I smoked drugs and I drank alcohol but now they see changes, and that I’m not a perfect person. The reason I do this is to make them aware that I can relate to them and I know what they are going through. It’s good to do this to just show you’ve made mistakes too. This will help them feel more comfortable with you.

*This is a section from the interview. The full interview in on the SCPC fb page.