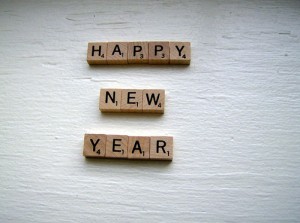 Well we’re almost there – 2012 is about to dawn. What will it look like for you? I reckon most of us look at a new year a bit like a fresh chance or a clean slate on which to start over. The frenzy of  Christmas is behind us, the calendar is clear and the future seems full of possibilities. It’s a pretty cool feeling!

But as the clock strikes midnight tomorrow night, will anything really change? See the problem with every new year’s resolution I’ve ever made (and I wouldn’t mind betting the same goes for you) is that it’s the same old me making the resolution! The 2012 version of Pete Thompson is likely to be just as inconsistent, faithless, distracted & easily overwhelmed as the 2011 model. In short, I’m not the kind of guy who’s likely to stick too long with any new year’s resolutions! I’ll still make them of course – better to have tried and failed than to never have tried at all – but I WILL fail.

And this is why I’m SO grateful that God’s grace to me in Jesus will be just as available in 2012 as I know it has been in 2011. I’ll fail, but he won’t. He persevered all the way to the cross for me. I can trust him. He will lift me up when I fall, forgive me when I confess and strengthen me for the journey ahead.