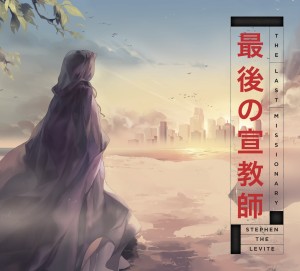 When you hear the word missionary what comes to mind?

Is it the Church, local and global? Have a read of the words from a song intitled:

Yo, who’s the last missionary? The last Eve The Last Adam marries/ the last hope in these last days here, she’s/ the mother of all livin’ in Him, the perfection of feminine/ symbolism in scripture right next to wisdom// she’s the reason He made the first Eve, when the mystery’s first seen/ the day before His creative work ceased/ when He said that the man must first leave his parents, to her cleave/ and through their unity she will birth seed// the assembly of diverse peeps, from all of the earth’s peaks/ and valleys who rally for their worst need/ she’s “Ecclessia” see the word’s greek, and those who discern speech/ know that in English we call her “Church” she’s// both local and global, when close she’ll expose you/ and show you your role in the whole group (no clones dude)/ she’s known through her produce, her foes got that faux fruit/ and clothes but she’s no fool, she knows wolves (like old news)// she’s old school but so new and though cool her soul won’t/ condone none of those who oppose truth (she holds true)/ she won’t move roots in dope news/ of hope fueling “go” through her social and vocal (she won’t lose)//

*Lyrics by Stephen The Levite

2 comments on “The Last Missionary”