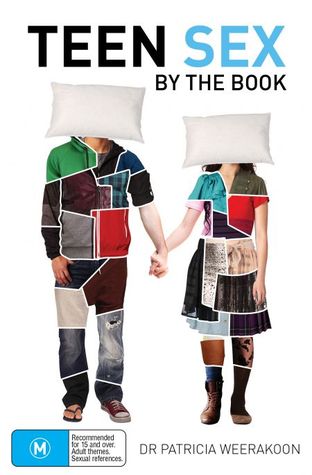 Straight up: I was quite disappointed by this book.

Teen Sex by the Book got absolutely bucket-loads of attention last year at pretty much every youth camp, youth conference and youth event. The author, Patricia Weerakoon, even made a trip from Sydney to speak at a special event on the North Coast, a bumper crowd went along to listen.

So why was I not so entranced by all the hoopla? In the book itself Weerakoon rightly left no stone unturned, tackling all the ‘don’t go there’ topics for teens and sex but I feel she really missed the opportunity to bring the gospel to bear on the issues. Of course, the book is littered with scripture references, and Weerakoon consistently brings up a biblical viewpoint, it’s abundantly clear that she wants to give a biblical treatment to the topic not just a scientific one, for instance, right from the get-go, the first chapter is entitled ‘What is sex and what does God think about it’. But the thing is: the message of God’s grace for sinners was very hard to find. Weerakoon does on a few occasions refer to the gospel, for example, on page 27 she clearly explains Christ’s work on the cross, and on page 174, she says ‘no one or nothing is beyond redemption’ loosely relating this truth to 1 Corinthians 6:9-11.  The issue isn’t that she doesn’t believe or mention the gospel, it’s that she doesn’t emphasise the gospel. It’s the emphasis that has a bigger impact than just a few (sometimes vague) words here and there. Do me a favour and read this extended quote by Don Carson on the importance of what we emphasise:

If the gospel—even when you are orthodox—becomes something which you primarily assume, but what you are excited about is what you are doing in some sort of social reconstruction, you will be teaching the people that you influence that the gospel really isn’t all that important. You won’t be saying that—you won’t even mean that—but that’s what you will be teaching. And then you are only half a generation away from losing the gospel.

In a bulky 200+ page book the emphasis is definitely not the gospel applied to sex, rather, it’s is all about doing things God’s way and understanding how it all works.

Weerakoon’s book will probably leave Christian teens much more informed about sex related issues (which is a great thing) but what are the chances of it leading to heart change? Slim chance, I think. In regard to this topic what teens need more than anything is a genuine understanding of God’s grace in the death of Jesus. That’s what brings freedom from sin and guilt and the power for real change. As a youth leader for the past 9 years this has been confirmed to me again and again as many teenagers are weighed down by guilt over (usually hidden) sexual sin, there’s shame surrounding it, and a desire to keep it in the dark. Only a real grasp of the length and breadth of God’s forgiveness is sufficient to bring anything more than short term behavioural modification. We don’t just want to teens to go away after reading a book on sex understanding the issues more and convicted to try harder in this area. We want young people to go away with their hearts transformed, to go away loving Jesus more, trusting him more, delighting in his grace more and seeing how he meets their needs in every way.

This lack of gospel emphasis was particularly heart wrenching for me, because as coming from an evangelical publisher, in Anglican Youthworks, there was an opportunity to do so much more than an informative, worth the wait, behavioural change sort of book. Here was an opportunity to to have an informative gospel saturated book about sex and teens that left the reader wanting to worship Jesus in this area of their life.

This book would have been excellent if Weerakoon had consistently brought the gospel of grace to bear on the tough topics she discussed. Instead it left me feeling angry and frustrated that an opportunity had been missed.

If you’re someone who feels differently (or shock horror: similarly) let us know your opinion below.

3 comments on “Book Review: Teen Sex by the Book”